Information
GUEST
You will be logged out of your session in 180seconds due to inactivity.
Continue session
Your session has timed out due to 30 minutes inactivity!
Continue with new session
Advanced Search


US economic balances with partners
Yi XiongZhiwei Zhang
China ran a $376bn trade surplus against the US in 2017.
Region
International
Periodical
Thematic Research
PDF 103K
This is an excerpt of China Macro: US economic balances with partners, published on June 11, 2018.

US economic balances with partners 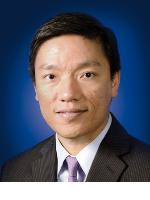 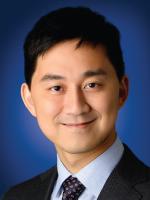 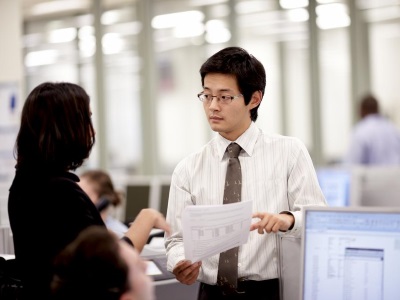 China ran a $376bn trade surplus against the US in 2017. US goods exports to China are worth only a quarter of US imports from China. However, these numbers do not capture the true size of US business interest in China. They are at odds with the fact, for example, that Chinese consumers own more active iPhones and buy more General Motor cars than US consumers do. These cars and phones are sold to China not through US exports, but through Chinese subsidiaries of US multinational enterprises.

The bilateral trade balance is misleading because (1) it does not capture the sales of goods and services by foreign firms' local subsidiaries (the FDI channel); and (2) countries such as Japan and Korea have large businesses in China that export to the US. Our March 25 report corrected for these biases and found that US firms sold $372bn of goods and services to China in 2015, while Chinese firms sold $403bn to the US. The net balance, which we defined as "aggregate sales balance", is a surplus of $30bn from China's perspective, much smaller than the $367bn bilateral trade balance. We estimate that from the US perspective, this balance has turned from a deficit of $30bn in 2015 to a surplus of $7bn in 2016 and $20bn in 2017.
This largely reflects rising demand from Chinese households for foreign goods and services, driven partly by the wealth effect from the property boom. Consumer confidence is near all-time highs. Steady income growth should support further consumption upgrades towards higher-quality products. And on the policy front, China plans to further lower import tariffs and open market access. US firms' sales in China will likely grow faster than China's sales to the US through both exports and subsidiaries. Assuming 10% annual growth for US sales in China by 2020 (we saw 12% annually over the past decade) and 5% growth for China's exports, by 2020 the US should have an aggregate sales surplus of more than $100bn with China. By then China will likely have become the largest market for US subsidiaries, accounting for 15% of all their sales abroad.
Is this phenomenon unique in China? Our studies show that while the US remained in trade deficit, US companies have sold more to the rest of the world than other countries have sold to the US for every year in the last 10 years: the US aggregate sales balance rose from a $0.2trn surplus in 2005 to a $0.9trn surplus in 2015. US multinationals do not sell more in every country than their counterparts do in the US. There is asymmetry: US corporates operate all over the world, but not all corporates operate in the US. Foreign subsidiaries in the US are mostly from Japan, Canada, and a few European countries. In contrast, emerging market corporates generally have limited presence in the US. Interestingly Mexico and Canada show a pattern similar to what we see with China – they ran a bilateral trade surplus against the US, but a bilateral deficit against the US once US multinationals' sales in these countries are taken into consideration. Japan and Germany ran a surplus against the US in both trade balance and the aggregate sales balance. These bilateral balances reflect comparative advantages: US multinationals tend to localise their production only in countries with lower costs (China, Mexico and Canada).
The current policy discussion focuses on trade, while the role of multinationals through FDI is often neglected. US multinationals' operations in other countries help to boost the US economy and employment. US multinationals account for one-fifth of total employment in the US. This is not to say that globalization has no negative impact on domestic employment at all. While the benefits of globalization are significant and widespread, foreign competition may disproportionately hurt some industries and geographic locations. Some research suggests that China's unprecedented scale and rapid rise in global trade has created identifiable damage to US industries such as furniture, toys, and sporting goods. But the negative impact is clearly not the full picture, and it seems to have phased out. The US unemployment rate is lower than its major trading partners’, to some extent because of the success of US multinationals. This suggests that the "China shock" to employment is not large and widespread. The US labor force as a whole still benefits from globalization; displacements from foreign competition are likely small and not widespread.
Escalation of the trade war between the US and its major trading partners would be negative for US multinationals and the US labor market, however. The best policy responses to help the dislocated workers, some argue, include providing better public services in affected regions and improving labor mobility. China's rising demand for US products, such as food and energy, might also help some regions that have been hurt by globalization.
For important disclosure information please see: https://research.db.com/Research/Disclosures/Disclaimer