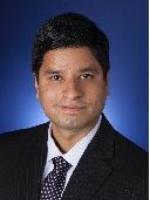 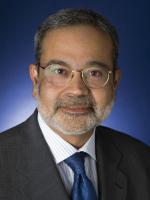 With so much activity currently in the global equity markets, we asked our #dbresearch colleagues Binky Chadha and Parag Thatte for their thoughts on rising recession fears, how much valuations and earnings need to adjust, and whether or not they believe investors are already positioned for a recession?

A: The markets are at what we have called the recession crossroads. Concerns have risen sharply amid aggressive Fed tightening late in the cycle when growth was already expected to slow. But there are few, if any, typical hallmarks of a recession, in particular, widespread corporate risk aversion leading to cuts in labor and capital spending. In the near term, we see the S&P 500 fully price in a typical recession-like decline, about -24% from the peak or the S&P 500 at 3650. A further selloff will depend on whether we enter a recession. Elevated valuations suggest that in a recession, the market would sell off more than average, by 35-40%, or the S&P 500 at 3000. A successful soft landing, however, should see the S&P 500 rally back to the year highs around 4750.

Q: How much do valuations and earnings need to adjust?

A: At the start of this year, the S&P 500 forward P/E was at nearly 22x, higher than at any time outside the late-90s equity bubble. The multiple has now fallen sharply to about 16x, and valuations have largely adjusted, in our view, especially outside the mega-cap growth and tech stocks. This assessment is predicated on inflation eventually returning to the Fed’s 2% target, medium term. A prolonged phase of higher entrenched inflation would necessitate a steeper cut in equity valuations. Earnings estimates, meanwhile, have barely adjusted and still project 10% growth this year and next, on top of earnings which are already 20% above the longer-run trend. Earnings for mega-cap growth and tech stocks, as well as the industrial cyclical sectors, look particularly vulnerable.

Q: Are investors already positioned for a recession?

A: Investor positioning in equities has declined significantly since the start of the year from the top of the historical band to well into the lower half. Funds which use rule-based systematic strategies have cut exposure sharply to near recession-like levels, given deteriorating trend signals and high volatility. However, several segments of the discretionary investor base have only cut positioning to neutral, in line with slowing growth but not a recession. Moreover, flows into equity mutual funds and ETFs have been robust and household equity allocations remain high despite the market selloff.