Information
GUEST
You will be logged out of your session in 180seconds due to inactivity.
Continue session
Your session has timed out due to 30 minutes inactivity!
Continue with new session
Advanced Search


Q&A with the Telecommunications Services team
Keval KhiroyaRobert GrindleRoshan Ranjit
Next in our series of concise interviews ‘Q&A with.
Region
International
Periodical
Q&A with
PDF 142K

Q&A with the Telecommunications Services team 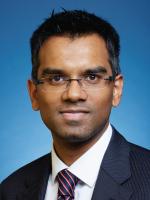 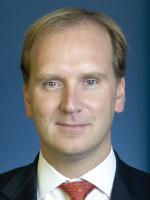 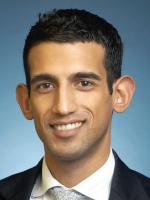 Next in our series of concise interviews ‘Q&A with...’ we talk to the Telecommunications Services team. They share their insights into whether European ‘telcos’ should do better with rising interest rates, how they fare in times of heightened geopolitical risks and if the sector can do better in its own right rather than as a defensive.

Q: Should European telcos do better with rising interest rates?

A: A glib response would be ‘well they didn’t do well from falling rates!’ but low-multiple, telco ‘value’ stocks already reflect inferior prospects, whereas ‘growth’ sectors discounted at higher rates see lower terminal values and share prices. The catch is that telco debt, slightly higher than the market’s as a ratio of EBITDA, is much higher vs market capitalisation (due to lower multiples). This sees telco equities more volatile than their underlying enterprise valuations. Due to low investor appetite, the sector is ‘stickier’ to local indices than should be warranted, which has thrown up some investable valuation anomalies.

Q: How will telcos fare in times of heightened geopolitical risks and war in Ukraine?

A: Telcos are domestic businesses which have not benefitted from globalisation. Just one operator in Europe has exposure to the US and none to China, hitherto the twin engines of global GDP. Domesticity may now prove an advantage as supply chains experience disruption (telcos control manufacturing and distribution to customers who consume at the point of purchase with little inventory risk). The sector is exposed to rising energy and wage costs, but other costs are deflationary due to Moore’s Law. Historically, telcos are late-cycle and more sensitive to employment than more volatile GDP trends that weigh more heavily on the wider market.

Q: Can the sector do better in its own right rather than as a defensive?

A: This is a subject of debate with recent history a poor precedent due to competition and regulatory intervention. However, the pandemic has reminded us of the importance of high-quality communications infrastructure, and geopolitics of data security, both of which need to be paid for, ultimately by consumers. Further, demand is not abating. We see pockets of improved pricing and regulators may be more amenable to consolidation without punitive remedies. Separately, the copper network, which has lasted more than 100 years, is undergoing a once-in-a-multi-generation upgrade to fibre, which is more reliable, cheaper to run and may last even longer (glass doesn’t rust!). Over time, telco cashflows should improve as capex wanes and a long-duration asset starts to yield returns. Private equity senses a mismatch between public and private telco valuations and is bidding for assets. In our opinion, public markets will catch up. Perhaps they already have as ‘pure’ European telcos are outperforming by 14% ytd.
Clients of Deutsche Bank Research can access more here: